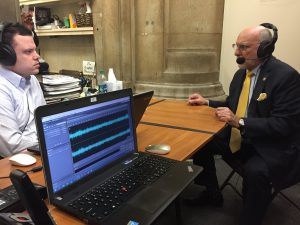 An overhaul of how the state distributes the vast majority of education aid in New York could be possible this year, according to Assembly Education Committee Chair Michael Benedetto.

“I think the discuession will be there,” the Bronx Democrat told The Capitol Pressroom Wednesday. “How much change? I don’t know.”

Tweaking the foundation aid formula has been a topic for consideration in both houses of the state Legislature, which lawmakers traveling the state to collect thoughts and ideas from stakeholders.

“We all seem to be on the same page that something should be done. What exactly? Well, the devil is in the details,” Benedetto said.

How much money that formula would distribute is also up in the air, as state lawmakers are now beginning their push to boost education aid beyond the $826 million increase proposed by Gov. Andrew M. Cuomo. The new York State Board of Regents has called for a $2 billion increase, which Benedetoo would “love” to get.

“If we can meet in the middle I think I would be happy,” he said.